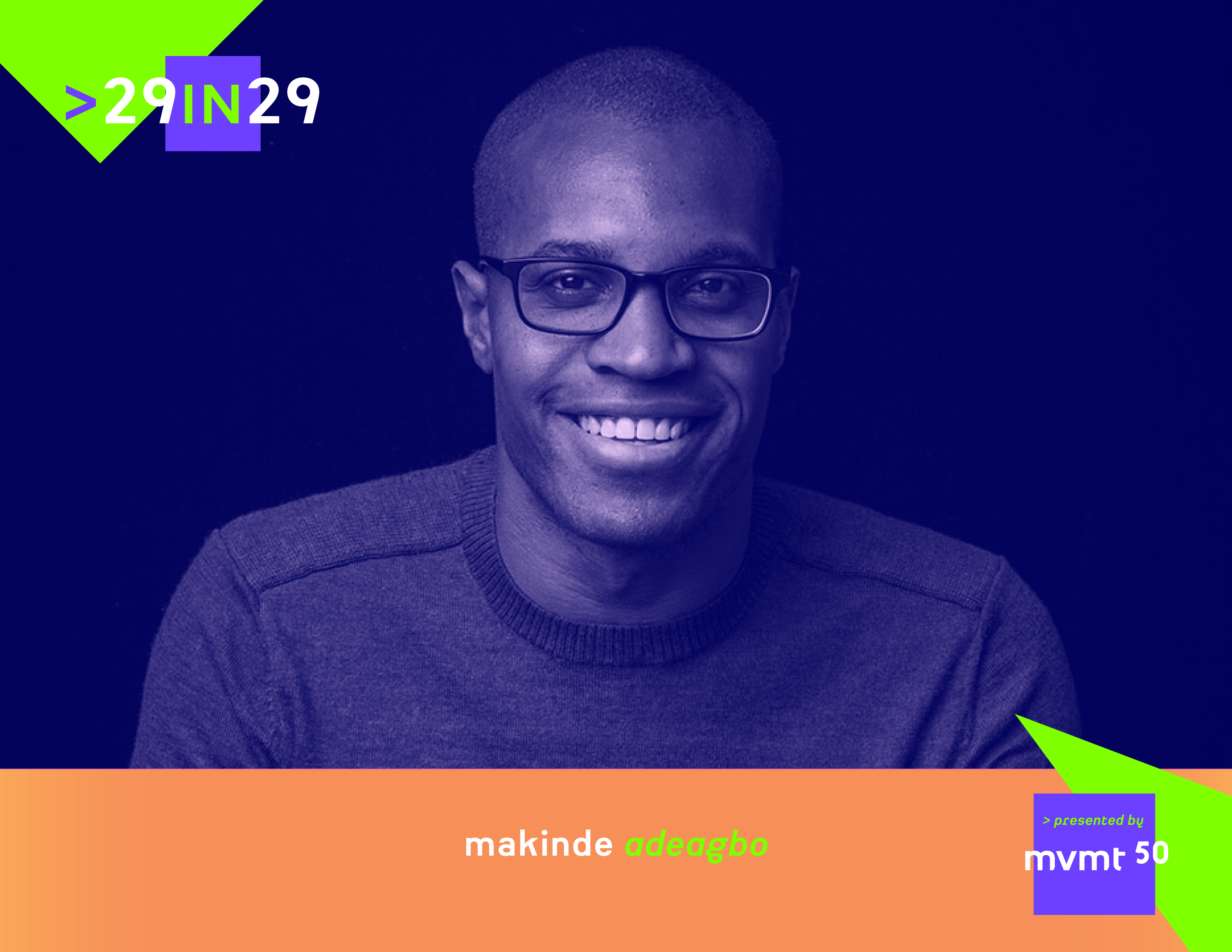 Makinde Adeago is a former Facebook and Dropbox engineer. At Facebook, Makinde led the performance effort to make Facebook twice as fast in 2009/2010. At Dropbox, he built and released the front end of the current website (launched in 2011) and was responsible for the Dropbox “Links” feature. He’s also a spokesperson for code.org, which counts Bill Gates, Mark Zuckerberg, will.i.am, and others as fellow members. Makinde is now an engineer at Pinterest and founded the non-profit organization, /dev/color, which helps to provide Black engineers with the connections and skills to start their careers and stay in tech.

A SXSW veteran, Makinde contributed to the How to Not Hire and Retain Employees of Color panel at the 2015 SXSW Interactive Conference.