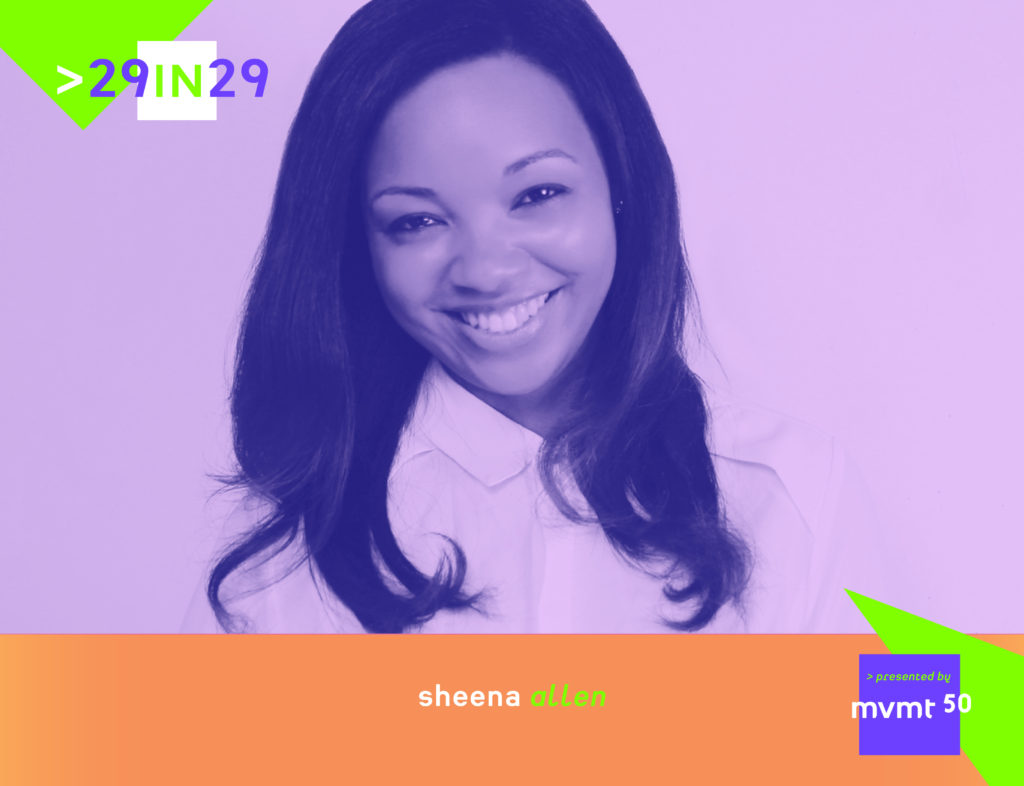 Sheena Allen is best-known as the founder and CEO of mobile application company, Sheena Allen Apps. Allen attended the University of Southern Mississippi to major in psychology and film. In 2011, during her senior year of college, she thought of an idea for a finance / money organizing mobile app after leaving Wal-Mart with a long receipt. With no technical background Sheena designed her first app in Microsoft Word before finding a developer to partner with. Since then, Allen has built Sheena Allen Apps from 1 app with 50 downloads to 6 apps (and counting) with over 2 million downloads.

The SXSW 2016 kick-off season has officially begun! Join us as we celebrate the…

SheaMoisture And New Voices Foundation Partner with MVMT50 to Provide Opportunity For Black Women Entrepreneurs To Win Up To $100,000 For Their Businesses