#DigitalDisruption | A Q&A with Blogging While Brown’s Gina McCauley

We had the pleasure of taking part in a Q&A with Gina McCauley, founder of Blogging while Brown. Formed in 2008,Blogging while Brown is a conference dedicated to the creativity, innovation and collaboration of bloggers of color all over the world and aims to expand their influence in social media and technology. The 2016 conference will take place July 15 – 17,  in Washington, DC. 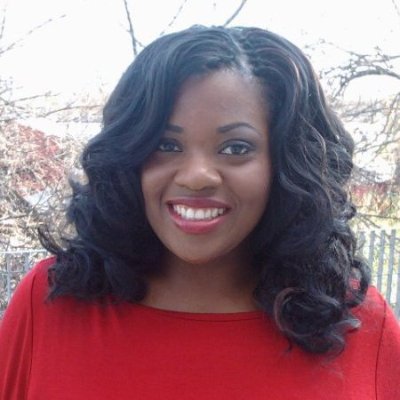 What drew you to the intersection of technology, innovation and the digital space in general and what was the spark that made you focus on creating a digital voice for women of color?

Necessity. The issues I cared passionately about were not being addressed by traditional media outlets.  I wanted to connect with other men and women of conscience who felt the way that I felt. I wasn’t particularly interested in what I was doing at a macro level. I was using the power of digital technology to do what I could with what I had. What I had was a message that resonated with people and captured their attention. I transformed a group of marginalized voices and amplified them. I created the Blogging While Brown conference in response to complaints about representation at larger technology and social media conferences. There was this farcical view that Black people didn’t use social media and that we weren’t experts. I knew that was a lie. Instead of whining and complaining about being denied a seat at the table, I said “build your own house.” We’ve always had many paths to progress. Finding a way to survive outside of the dominant system is an option.

Did the lack of representation for people of color in these sectors provide motivation for you forging your career? If so, how did you take that under representation and use it as fire to get to where you are?

Yes. I would not have started Blogging While Brown if the voices and existences of Black and Brown content creators were not being ignored and marginalized. I don’t know that I use that as motivation. I don’t know that I need motivation of that sort. I saw a need and I addressed it. What keeps me fired up is the amazing energy and genius of the community of content creators that I’ve built. They amaze me. They inspire me. It is my honor to serve them.

Do you think that people of color as a whole are doing enough to break into the tech sector/digital space or to support one another in our innovation ventures? How are you working to combat that pain point in the industry?

I think we have to separate this discussion a bit.  First, there is a separate industry of people who make their living and raise large sums of money raising awareness. So we’re hyper “aware” about a lack of diversity and inclusion. In addition to awareness, we also need action. Quite frankly, the people who are actively engaged in actual innovation are probably too engrossed in building and innovating to engage in a ton of advocacy work.

Second, it is laughable that an industry has been allowed to engage in what appears to be wholesale race-based discrimination without any interference from the federal agencies responsible for enforcing the laws against workplace discrimination. The excuse that is given is that Black people don’t code- which is exactly what they said 8 years ago about Black people using social media. Even if there was a shortage of Black coders, there isn’t a shortage of Black people who could work in human resources, marketing and sales, business development, operations, training, advertising, etc. The idea that individual groups of Black people are going to be able to dismantle systemic discrimination by multi-billion dollar companies makes no sense. We have laws against this. Ironically, though I started out as a content creator on blogging platforms, the evolution of app-based social media and the rise of mobile devices has pushed me towards expanding my online platforms by producing software and entertainment apps. I’m moving away from providing browser-based content, so that will involve hiring people who can code. I know lots of bloggers who are now hiring coders to build apps; so I’ll also be doing my part in that regard.

I have more sympathy for event organizers who were criticized for a lack of diversity in their attendees and speakers. I understand how the demands of  just keeping a business going can cause issues like inclusion to fall by the wayside. I don’t assume that the reason there is a lack of diversity is malevolence. It is often the result of a lack of prioritization. To put it plainly, they need to make it a priority.

What are three tips you can give to high school/college students who want to enter the digital space?

Find out more about Blogging While Brown’s 2016 conference and keep up with announcements and Gina by following @BWBConference and @thablogmother.